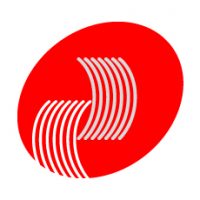 From 2008 t0 2013 Jane worked for AWI  as Project Manager Animal Health and Welfare followed by Head of On-farm RDE.

From 2014 to 2015  Jane served on the Mid-north Coast Strategic Advisory Committee for Primary industries, providing advice to CSU to enhance its role in servicing the educational needs of primary industry.

From 2015-2017 she was Implementation Manager for the National Wild Dog Action Plan.

Jane was re-employed by AWI in the position of General Manager – Research, in July 2017.

Jane is eminently qualified for her new role as AWET Trustee.

Professor Andrew Vizard is a well known and widely respected academic at Melbourne University’s Division of Veterinary and Agricultural Sciences and has published numerous scholarly works. He was appointed by AWI as a trustee in 2003 and has served with distinction in that role, providing valuable insights to the Trust’s policies and programs. His resignation took effect from the 31st December 2022.