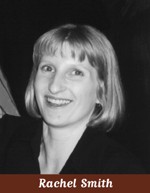 Rachel Smith is a graduate of the University of Western Australia, with a First Class Honours degree. She commenced studies towards her PhD in 1995 having been awarded an IWS scholarship. The Wool CRC contributed financially towards the final six months of Rachel’s work. Rachel was supervised by Dr Janelle Hocking Edwards of the Education Program and the Department of Animal Science at UWA. The following is a brief summary of her research project.

“Much of the research into nutrition and wool growth has centred on the supply and utilisation of amino acids by the follicle, but very little research has examined the means by which follicles obtain and use energy substrates. My work is the first to look at energy metabolism in detail in wool follicles.”

In this experiment I experienced problems in measuring glycogen levels in biopsied skin tissue. The variation in glycogen concentration between sample times exhibited a regular pattern, most likely an artifact of sampling rather than a biological phenomenon. There are two factors that may have contributed to the weekly variation in glycogen concentration evident in Experiment 1:

After a good deal of experimentation, I tracked the problem down to poor repeatability of extraction of the glycogen from the biopsy tissue, and found that a potassium hydroxide extraction method worked well.

It was established during Experiment 1 that the skin glycogen concentration responds to nutritional manipulation. The objectives of the next experiment were to examine the dynamics of skin glycogen in genetically high and low staple strength animals and to demonstrate that glucose transporter type 1 (GLUT1) expression changes in parallel to glycogen dynamics in ovine skin. The nutritional simulation of feed availability at the break of season was repeated in this experiment. Liveweight, wool production, fibre diameter, staple length growth rate and staple strength demonstrated similar trends to Experiment 1. These parameters were significantly affected by nutrition, but not by genetic staple strength line.

Glycogen content of the skin did not differ significantly between treatments. I have had no success in detecting GLUT1 protein in sheep skin using an immunological approach, due to problems with the antibody. We have decided to switch to a molecular approach to detect Glut-1 mRNA.”

In November 1998 Rachel attended the Second Intercontinental Meeting of Hair Research Societies (at Washington DC, USA,) and presented a poster entitled, ‘Glycogen depletion in ovine skin’. At the Second National Scientific Meeting of the Australasian Hair and Wool Research Society in Perth, May 1999, Rachel presented her results.