5. Laying the foundations for good wool

These lambs haven’t started to produce wool yet, but at least some of the characteristics of what they will produce have already been “programmed”.
Have their mothers done the right thing by them? 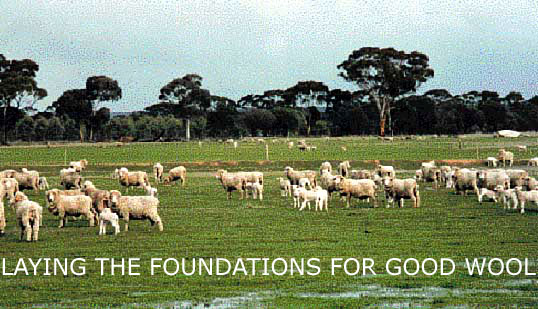 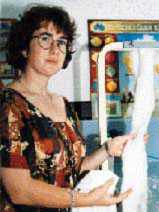 How much of the wool production of a sheep is determined by what its mother ate when she was pregnant? Does a tough year for pregnant ewes mean that that year’s lamb crop will be permanently handicapped? If so, in what ways? Wool biologists are piecing together the answers to these important questions and Dr Janelle Hocking Edwards CRC lecturer at the University of Western Australia summarises the latest information.

We all know that the type of wool that any sheep produces is mainly determined by the number and function of the follicles in its skin. These, in turn, are determined by the genetics of the sheep and this is decided when the sperm meets the egg and the embryo is formed. So the potential for wool production is set for life but how much can we affect the animal’s capacity to reach its potential?

In fact, it is very difficult to alter the number of wool follicles in a sheep after birth. But, it is possible to depress the actual number of follicles in a sheep by underfeeding its mother during her pregnancy. If ewes are underfed during pregnancy, particularly during the last 6-8 weeks, the number of follicles that become functional is depressed and this can affect the wool producing ability of the sheep for the rest of its life. In most cases, offspring from ewes that lose weight during pregnancy produce less wool and the wool is broader than that from offspring of ewes that maintain weight during pregnancy.

How does this happen? We know that feeding ewes below their maintenance requirements in the last 6 to 8 weeks of pregnancy decreases the number of secondary follicles that are present at birth in their lambs. As no new follicles are initiated after birth these lambs will always have fewer secondary follicles and this affects the type of wool that they produce. Not only is there less wool but the follicles that are there tend to produce broader wool. Because of these two effects, the animal is producing wool that is below its genetic potential. If sheep are to produce wool of a quality and quantity that meets their genetic potential we need them to develop almost all of their potential follicle population in the foetus. Surprisingly, little work has been undertaken on the best way to do this. The problem is that we don’t really know what happens to the follicles that fail to develop. For example, are follicles initiated in the foetus but then fail to mature and produce a fibre if conditions are not right for them, or is it simply that fewer follicles are initiated. From work that I was involved with in New Zealand, it seems that follicles do initiate but then fail to go on with the job. I am now working within the CRC to see if Australian Merinos react in the same way as New Zealand Merinos.

As part of the same program, I am looking at ways to optimise feeding strategies to enable the animals to produce follicles to their genetic potential. Most previous work compared underfed ewes with ewes fed to maintenance. However, we do not know whether a diet that maintains the weight of the ewe is sufficient to initiate the maximum number of follicles in her foetus. So we are comparing a much wider range of feeding strategies than have been tried in the past to help the animal produce the best quality wool that its genetics will allow. The significance of this work lies in the fact that the shortfall in wool quality and quantity that shows up at birth as a result of inadequate feeding is compounded for the rest of the life of the animal.. It is one thing to be aware of this, but another to do something sensible about it. That is why we believe the work to be important.