6. Speeding up transgenics in a test tube 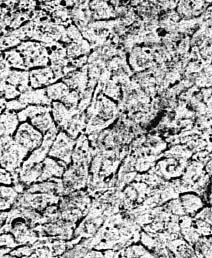 Regular readers of The Wool Press will be aware of the complex challenges that must be overcome to produce a transgenic sheep successfully. The Adelaide group of The Wool CRC’s program 5 have the task of using transgenesis to develop sheep with extra genes to improve the properties of the wool that they produce. The group is now looking at using wool follicles grown in test tubes to streamline the process. Dr Edna Bates and Professor Phil Hynd are looking to save a lot of time and money by testing the potential activity of genes, before trying them in sheep.

Not only do the right genes have to be in place in the animal to get a successful transgenic sheep but they must be “turned on” by having the appropriate “switches” or promoters also in place. To try out the many combinations of genes and their promoters would be prohibitively expensive if researchers were to use transgenic sheep. To overcome this, promoters are currently being tested in mice. But this is also very expensive. Transgenic mice containing the gene constructs that might be valuable in sheep are easier to produce than transgenic sheep but the process is still slow and frustrating. A system whereby genes could be screened in the test-tube would cut costs and speed up the process enormously.

The technique of growing follicles in test tubes was described in the June issue of The Wool Press last year. Dr Bates and Professor Hynd have made much progress since then. They are now growing cells from the bulbs of wool follicles from sheep in culture and introducing genes into them in a process called transfection. As a result, the cells produce some of the wool proteins, or keratins, that are found in normal wool follicles in the skin of the sheep. The researchers see this as a major step in shortening the research path to the production of a transgenic sheep with enhanced wool characteristics. As Dr Bates summarises the progress to date,”We have the cells with the genes actively within them. Our research effort is now concentrating on ‘persuading’ these cells to produce the exact wool proteins that we wish to manipulate in the live animal. With this system in place we will be in a position to screen potential gene promoters rapidly and cheaply and our goal to produce the ‘golden fleece’ will be one step closer”.